Gillon Oval had one of its biggest crowds yet fill the grandstand and side line to support both the reserves and premiers, on a stunning autumn day. The dial was turned up for a strong contest between Brunswick and Old Geelong. Brunswick got off to a fast start with debuts from Maddie Wright, Jeanette Le, and Josie Brown. Old Geelong were kept scoreless in the first quarter with the help of the defensive unit led strongly by Felicity Smith. Doing well to create and then convert opportunities from their forward fifty entries, back-to-back goals ensued to set Brunswick up for a flying start to the game.

It looked like Brunswick were in for a marvellous day out. A superb and determined defence then denied Old Geelong time and time again, with Monica Grey and Morgyn McCarthy ably supported by the hard-working Pia Salvatore to keep the guests at bay. However Old Geelong challenged and in a nail biting fourth quarter managed to sneak ahead by just three points. A hard loss for a home game, but a gallant and worthy team of Renegades walked off the field with their heads high awaiting the next time they meet Old Geelong.

The Renegades have a bye next week and are looking forward to returning ready and rested to take on St Mary’s Salesian, who currently sit above them on the ladder at number 5. It has been an exciting season so far with great team spirit and club pride. 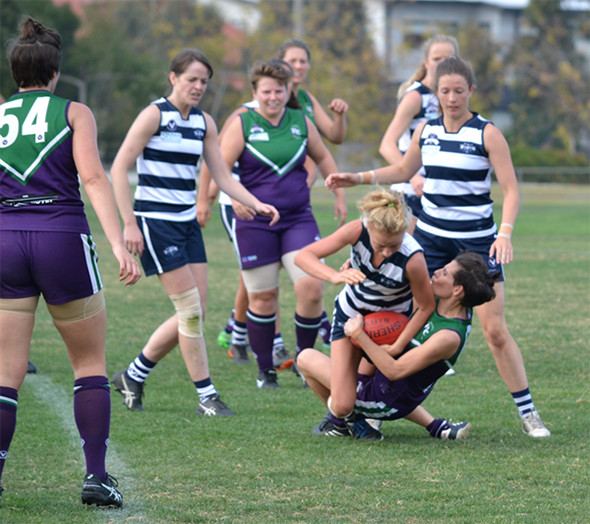