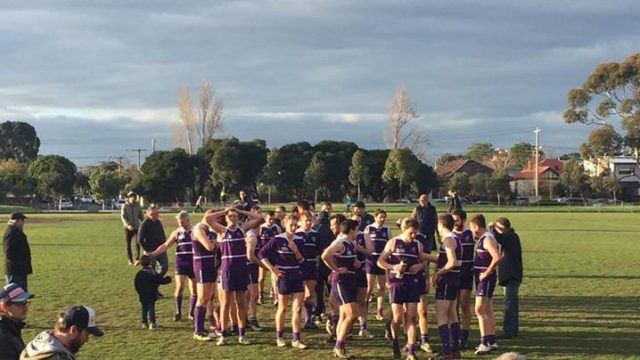 There was tension with a capital T at Gillon Oval on Saturday as Brunswick NOBSPC locked horns with traditional foes Old Paradians in a genuine relegation “final” and, just as happened earlier in the season, NOBs were four points in front when the final siren rang. Thankfully, on this occasion the ball was in the hands of NOBs star Gerrard Bence rather than an opponent, as was the case at Garvey Oval, and his kick sailed through the big sticks for his fifth goal, giving the sizeable crowd plenty to cheer about.

It means that we are now two points clear of Parade and the results of our respective Round 18 games will decide our fate. A win to us over Whitefriars will settle it, while Parade need to defeat Ivanhoe and have us lose. A big week awaits!

There was a sensational opening to the game as Club legend Scott Sleep got on the end of a clearance from the first bounce to ram home a major at the 15-second mark. With the aid of a slight breeze, we then proceeded to dominate the quarter, led through the midfield by captain Lachlan Ezard. A 25-point lead was just reward for some exciting football, topped off by a late running goal to full back Chris Ford to make it six individual goal kickers for the term.

The second term was quite different. Neither team managed to score until the 10-minute mark, when a goal to Bence extended our lead to 31 points, which would prove to be the biggest of the game. Parade then fought back hard and – with back-to-back goals right on half-time – it was most definitely game on.

It was then 2.2 apiece in a dour third quarter. A long goal to Danny King broke a scoreless half-hour for NOBs, followed by two close misses, before Bence settled some nerves with his third. But still Parade kept coming. An incredible bounce in the goal square over the heads of jostling players brought them back to within 13 points and then an unfortunate downfield free kick delivered another goal right on the siren.

All supporters were pensive at the final break as the significance of the next 30 minutes to the immediate futures of both clubs sank in. What followed was an absolute thriller of a quarter.

It began with a goal after 36 seconds to Matt Shannon – in a welcome return from injury – to give us a 13-point lead. Not long after, that lead was cancelled out and the scores were level. Bence then slotted his fourth after a great mark to King on the wing, but a long goal to Parade levelled the scores again at the 12-minute mark. Scoring then became tougher but at the 21-minute mark Parade hit the front by a point. Then up stepped the fan-favourite Todd Patterson, who showed great strength to get on the end of a long ball in from Sleep and calmly restored our lead after 25-minutes. Parade were not done with though and had a gettable shot to possibly win the game, which faded to the right. From the ensuing kick-out it was again Big Patto, who pulled in a massive pack mark to save the day. We then managed to control the ball until it settled in the safe hands of Bence at the end of an epic final term.

It was great to see so many NOBs supporters at Gillon Oval on Saturday and we would absolutely love a similar turn-out at Whitefriars College for our season-defining game next week. See you there! 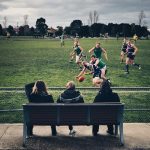 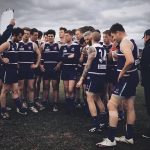