The last round of the 2022 home and away games marks the end of a coaching era for the Renegades. Senior Coach Leonie, Assistant Coach Ned and Reserves Coach Geck have decided to hang up their whistles this season. Leonie transitioned from inaugural player to coach in 2018 and has seen the team through 5(ish) seasons, almost seeing a premiership in 2019. With the first female head coach in the VAFA league only appointed two years prior, Le holds a firm place as a trailblazer for women’s amateur football coaching.

The announcement of Ned stepping back from his diligent duties as Runner and Assistant Coach for the Renegades left a Sherrin size lump in the throat of Renegades, new and old. Ned isn’t just part of the furniture; he is the reliable comfy couch in the corner that makes it feel like home. Ned has supported the club since the team’s commencement in 2014 and has been a backbone member of the team. While we know we’ll see him cheering us on from the other side of the fence, we’ll miss the special touch he brought to the team culture. A huge thank you to Le and Ned for all they have done for the club.

The Renegades wanted to make sure they saw their coaches out with a bang, and boy did they put on a show. Perhaps running out with a little too much confidence coming up against a side that remained victory-less all season, they were reminded that it wasn’t over until the Rubenesque lady sings.

Jo Q showed no signs of fatigue after playing a blinding first game in the Reserves, popping the first goal of the game early. Despite only half a season under her belt, Jo Q reads the play and attacks the ball like she’s been doing it for years. Quickly backed up with another goal by JB, giving us a triumphant return from injury we couldn’t afford to get comfortable with.

The midfield is always a tough space on the field, but with heavy rain, it got even harder to control the ball. MC returned every hard hit with even harder second and third efforts playing an absolute ripper of a game. Old sticky fingers, Sash wanted to make sure her last match was one to remember! She produced some classic pack marks, and a textbook set shot in the second quarter, getting the Renegades a slightly more comfortable two-goal lead.

The prems always leave the best to last with an absolutely thrilling last five minutes. North crept up to get within a few points, but Kingi ensured it stayed at least a goal behind. The drama escalated as a behind point was under contention for not being added to the scoreboard, and officials were waiting for the final scorecards for confirmation. The sideline didn’t mind because it made it all the more exciting! One goal to rule them all in the last game of the season!

When the going gets tough, the Reno’s get going, with Gabe laying a crucial tackle and turnover in a time of need. Tahlia and Maddie worked tremendously hard to get the ball out of the danger zone in the final two minutes, but an opposition player got loose and marked for a shot on goal. A game-saving smother by Lloydy kept the score at bay until the final siren for the season went off, and the Renegades celebrated a well-deserved win. A cherry on top for our two retiring players, Sash and Loz. 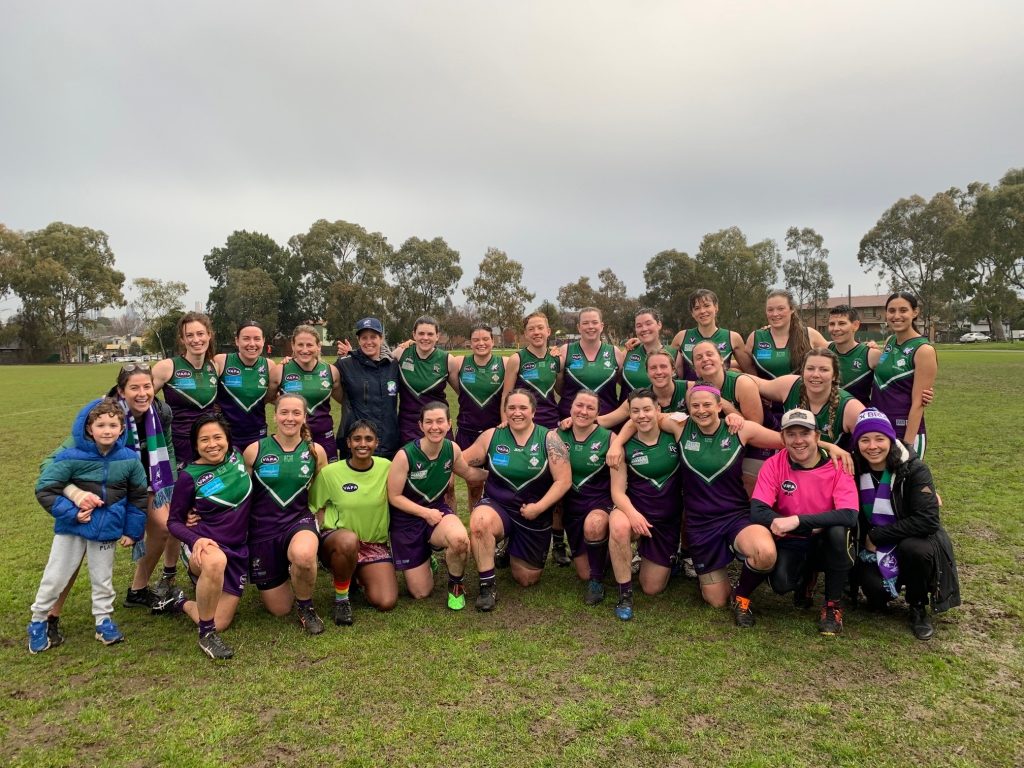