It takes patience and persistence to coach a team that renews itself almost every season with brand new hands to the game of Aussie rules. Geck has given the team just that, bringing excellent game sense and experience to the club with the calmness of a high school teacher. Players valued his one-on-one feedback and encouragement, and he will be sorely missed.

What better going away present is there than an absolute killer game of footy to make him feel proud of what players have achieved in a season?!? You can’t help but question how many beers you had the night before when you run out on Allard Park with the odd-shaped oval and skewed goals. It takes a hot minute to get your bearings. It didn’t take the Reserves long to find their groove with smooth movement in the midfield by Maddie, Ray Ray (Rayna Puche) and Jo Q.

Within the first few minutes, Jo Q got the party started. She streamed through the forward fifty, collecting the ball and kicking the Reserves into the lead. It was a big first quarter with North coming in hard.

Nothing lifts the spirits like a first goal, and Kaila gave us a first goal to write home about. A banana kick from deep in the pocket under pressure will always get the adrenaline going. A big return from Buzz, who reminded us why we missed her so much with relentless second and third efforts breaking through the heavy contests. With wet weather and sloppy conditions, it was congested footy with many ball-ups, but nothing Lloydy couldn’t dominate in the ruck.

In fact, Lloydy was out to prove she wasn’t just here to win contests; she was here to kick goals. She gave us another glorious bender from the left-hand pocket to secure the Reno’s a more comfortable lead. This was all thanks to massive efforts on the wing by Alanah White and Dani, applying tremendous pressure and hitting attack when needed.

When a player like Claire Butterly, who’s given so much to the club, asks for one parting gift – a run in the forward line and a chance to kick a goal – you have to deliver. Old SanTbag Clause came down the chimney with a gift dropping a little punt out of a tackle to an eagerly awaiting Butterly, who took a mark right in the hot spot. Well, it was Christmas in July all over again. Celebrations and tears all around; it’s great seeing players go out with a bang.

Speaking of bang, Big D (Amy Dillion) decided it was worth risking a taped-up hamstring. She whipped a bicycle kick goal over the pack in the final quarter to secure the win for the Renegades. She may have ended her season face down on the ground under a pile of Renos, but I’m sure it was worth it. Well done on a fantastic win, Ressies! 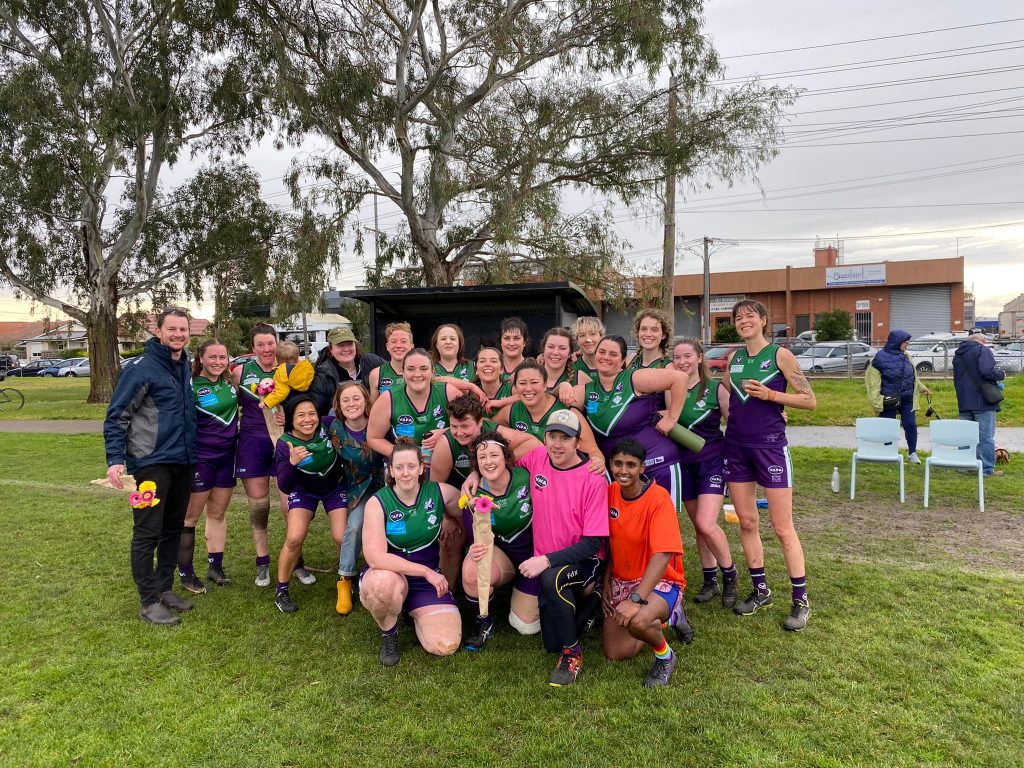