Brunswick NOBs’ excellent run of form continued at Ted Ajani Reserve on Saturday as we easily accounted for Bulleen Templestowe by 73 points to move to second on the Division 2 ladder.

In a blistering start, we had 4.5 on the board before the Bullants scored and by early in the second term we were seven goals up. The home side began to show some fight but a series of majors to finish the half saw us put the game to bed and lead by 54 points at the main break. With another six goals to three in the third term a 100-point win was on the cards. That was not to be as our injury toll mounted and the Bullants played the game right out, but the end result was another very impressive victory.

Chris Ford repeated his effort of the week before with another five goals in a best-on-ground display. The class of Nick Burgin and Francis Evans was again on show, while their mates in the engine room, Ben Wilson and Geremie Ganino, were prolific. Liam Whelan is probably our most improved player this season and was again very good in defence.

Mention should also be made of the fact that we already have five players who have kicked ten or more goals after five rounds, being Evans (21), Jed Carey (15), Dom Sullivan (14), Ford (13) and Snowy Adkins (10), who are a mixture of talls, mids and smalls and in combination form a potent attack.

Let’s see if we can keep things rolling back at Gillon Oval against Glen Eira this week. See you there. 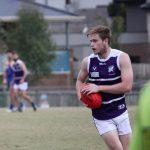 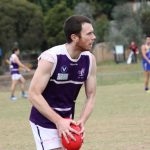 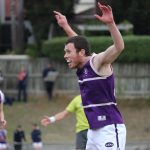 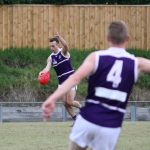 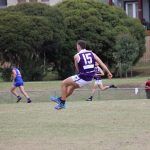 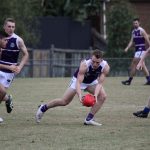 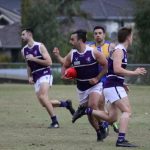 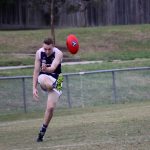 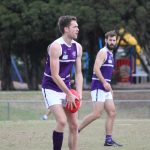 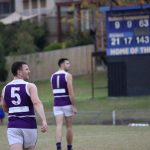 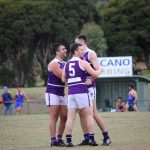