Brunswick NOBs showed they were on track for the finals with a comprehensive thrashing of a hapless Ivanhoe at a sodden and rain swept Gillon Oval on Saturday.

It was difficult to say which was more impressive, keeping the Hoers goalless or kicking 18 of our own in tough conditions, including torrential rain and hail during the second half, but the most pleasing thing was that we played a great brand of football. The only downside to the day were some injuries to in-form players, but hopefully none will be too serious as we look towards the second semi-final against Whitefriars.

Our starts have not been the strongest part of our game this season, but this week we flew out of the blocks, with Snowy Adkins on the board inside the first two minutes. With a dominant midfield led by Ben Wilson and Matt Dickson we kept moving the ball forward quickly and directly, setting up numerous chances into the wind. Our forward structure couldn’t quite keep up – as many kicks to the hot spot were intercepted – but finally the veteran Mick O’Donoghue and our leading goalkicker Dom Sullivan capitalised, while late majors to the clever Kyle Adams and the lively Snowy gave us a quarter-time score befitting our dominance of 5.5 to 0.2.

Our ball movement in the second term with the breeze was not as smooth, but the sheer weight of possession was so great that we keep on increasing our lead periodically, chiefly through the superior accuracy of Snowy and Sullivan, who each had three goals to halftime. Tom Wilson was again reading the play beautifully across half-back, while his mates in defence, including Sean Gales, Jed Carey, Liam Whelan and Darcy Heenan, also relished the chance to rebound on the few occasions the ball got down to them.

Ivanhoe came out in the third quarter determined to curb our run and they did a good job for the first 20 minutes, aided by the massive downpour, before Geremie Ganino (who had gone forward after an injury to Sullivan) finally slotted a goal, followed by David Royle and Adams late. Tom Wilson and Dickson, who had been amongst our best, also hobbled off during this term. With the game safely in hand at the final change talk turned to whether the visitors could kick a major of their own.

It seems the effort of the third term took its toll on the Hoers and, after another Snowy goal inside the first two minutes, we broke them. What followed was our best quarter, with 6.7 to 0.0, plus some real highlights, including a rare goal to Luka Vlassopoulos pushing forward and a major to captain Danny King playing his 200th game, which drew the biggest cheer of the day by far. It also had every NOBs player mobbing their leader even though they had nearly played a full four quarters by then. The evergreen Ganino also chipped in with a couple more to his tally.

Ben Wilson recaptured his form from the first half of the season with a best-on-ground display in the guts, where he knocked up winning his own ball. JP Perez was also most impressive in the slippery conditions, playing with strength and poise. Nick Burgin kept getting better as the game wore on, as has become his trademark in recent weeks. Vlassopoulos was given the job of playing on the Hoers best and, after he had completed that task, was allowed off the leash in the second half, showing his clean skills. Others who stood out in strong team effort included Carey, Ganino, Snowy Adkins, Matt Brown and Royle.

We have our final home and away game at Gillon on Saturday against Hawthorn, preceded by a lunch for all members, sponsors and supporters. See you all there! 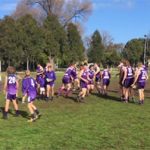 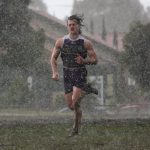 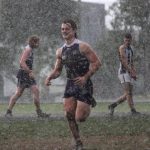 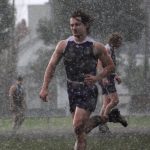 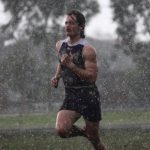