It might sound crazy, but two weeks after Brunswick NOBs suffered the worst-ever finals defeat in the club’s history at the hands of the team they again faced at the same ground, they outplayed the undefeated Whitefriars in the Division 2 Grand Final at Box Hill City Oval on Sunday. Outplayed, but not outscored, as the Friars took their chances at the critical moments to sneak home by four goals in an exciting game of footy.

This was true finals football. Brunswick came into the game with nothing to lose. In truth, it was expected to be another easy win for Whitefriars. But pressure does strange things to people. A fortnight before, it caused Brunswick to fumble and stumble. On Sunday it was the Friars who felt it as Brunswick played with an increased intensity and composure, almost owning the ball for large parts of the game and making the top-side look decidedly wobbly.

It all started with the opening bounce, where our midfielders made a stand and showed that they would not be pushed around by the Friars, as had happened previously this season. In fact, they won the ball and controlled it nicely working into the breeze for the first couple of minutes. A goal against the run-of-play was created by Whitefriars’ behemoth ruckman which gave them the lead, but we didn’t let that affect our game, which was to win the ball and then move it via a series of uncontested marks, looking to starve the Friars who thrive on bossing the game. Goals to Nick Burgin and James Schmidt resulted, and we were in front midway through the first quarter.

The wind was strong and Whitefriars were sweating on us turning the ball over in the corridor so they could take advantage of the scoring end. Some opportunities came their way but under pressure they blazed away and missed, until they snagged a couple of majors late in the term. A 12-point deficit didn’t reflect how well we had played, especially through the middle of the ground where Patrick O’Donoghue (who was having a blinder), Matt Dickson, Danny King, Nick Burgin, JP Perez and Schmidt were all dominant, but our turn with the wind was yet to come.

The first part of the second quarter would prove to be pivotal to the final outcome. After the Friars kicked an early goal, we took total control of general play and had a series of inside-50s without capitalising. Rather than lowering our eyes and hitting up targets, as we had done in the opening term, we fell into the trap of blazing away with the wind at our backs, which created easy pickings for the Whitefriars’ loose men in defence. But to our great credit, we kept at it and rewards did come in the form of three goals late in the quarter (to Perez, Chris Gavaghan and Snowy Adkins), which gave us a well-deserved halftime lead.

Third quarters aren’t called “the Premiership Quarter” for nothing and both sides were well aware of this as the intensity of the contest went up another notch. Whitefriars were becoming frustrated that they couldn’t assert their usual dominance as we managed to maintain possession for lengthy passages of play. However, what the Friars did do well – and what would win them the game – was to make us pay when we turned the ball over, which unfortunately happened three times when we committed critical errors riskily going inboard in our defensive half. So, after another quarter of tremendous effort, it was tough to go to the final change 22 points in arrears.

Our belief was still strong going into the last quarter, but could our legs get us there? We had expended a lot of energy controlling general play in the way we did. The first goal of the term was going to be absolutely crucial. Exciting young forward Gavaghan, who had come into the side for his first game of the year after battling injury, had a couple of early chances which just missed, the second a poster after an excellent build-up. Then, as had happened in each of the quarters, the Friars kicked the first goal of the term, making our task that much harder. We kept battling though and Snowy’s second again made it a four-goal game. With 25 minutes on the clock Whitefriars’ forward pressure brought about the sealer, while Schmidt’s late snap gave him two goals and the game a more realistic margin.

Pride was the overwhelming emotion for Brunswick’s supporters after final siren. For our team to have bounced back as they did after the second-semi and to play their best game for the year in the Grand Final was inspirational. Whitefriars, a great team at this level, certainly dodged a bullet, but they deserve credit for taking their chances when they arose, which was the difference in the end.

Every single player who pulled on the NOBs’ jumper on Sunday can hold his head up high for an incredible effort. Some performances were exceptional. Patrick O’Donoghue chose the biggest stage to play his best game for the club on the wing. Burgin was again class personified under pressure in the middle, while captain King led by example magnificently. Perez was tough in the contest and clean with his skills. The experience of Matt Brown, Geremie Ganino and Chris Ford was also on full display. In defence, Liam Whelan kept his opponent quiet and made the play himself, alongside Sean Gales, Lewis White, Jed Carey and James Octigan, who continually repelled the ball. The list goes on.

Congratulations to our players and coaches for taking us back to Division 1 and for so proudly representing our club in the Grand Final. Bring on 2020! 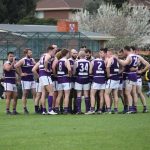 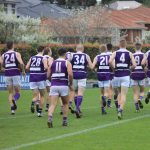 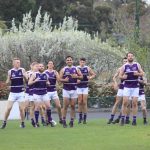 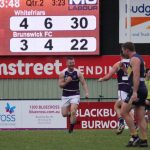 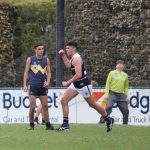 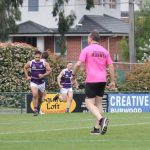 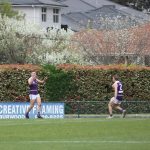 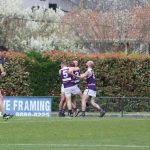 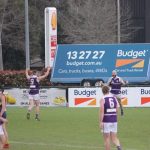 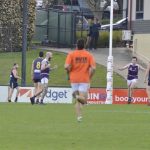 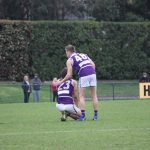 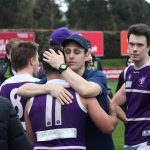 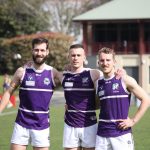