Where did you grow up?
Brisvegas, Queensland.

Do you have a nickname and why?
Nothing that isn’t a shortened version of my own name. I guess ‘Mads’ short enough, ay?

Where did you go to School?
A snotty all-girls school that shall remain nameless.

What has been your greatest sporting achievement?
I made the Queensland state team for marathon flatwater kayaking because they needed more girls and I could go the distance without complaining. Went to states twice and came predictably last both times.

Best personal on ground highlight in a Renegade game?
Probably the goal I kicked against Fitzroy in my first season of footy. Shocker of a season otherwise, but still.

Have you had any major injuries?
Two. Broken finger last year and a broken leg this year. Next year’s gonna be my break-less breakthrough season.

What position do you play?
Mostly wing but occasionally midfield.

Favourite player in the AFL/AFLW?
I love Emma Kearney but, damn, Darcy Vescio has style. I miss Majak Daw.

Best thing about playing for Brunswick?
The people.

Best Renegades player seen on the field at Brunswick?
That’s a tough pick, but I reckon Katie Mirabella would have to be in my top… 70.

Best Renegades player seen off the field at Brunswick?
Tea Bag. They nail it at karaoke every time.

Professional career and current location?
I do the publications for a local council and occasionally some freelance feature writing.

Do you have a pre-game ritual?
Weetbix, a pre-warmup lap of the field and lots of nervous jiggling.

Fave tune to get pumped up to before the game?
Tell Em by Sleigh Bells or This Girl by Kungs/Cookin’ on 3 Burners. 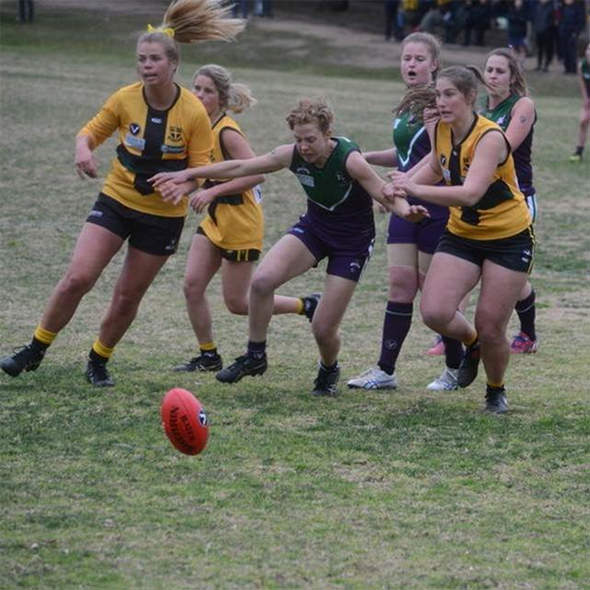