It was been a huge start to the Season for 17 year old Brunswick Secondary College student and Brunswick NOBs player, Francis Evans. He has been nominated as the VAFA’s Round 4 Men’s Rising Star, invited to train with the Calder Cannons U18 squad in the Nab League and is a member of the initial 64 player U19 VAFA squad to play against AFL Victoria Country on the Queen’s Birthday weekend.

Here’s what the VAFA had to say:

The VAFA congratulates Brunswick FC’s Francis Evans who has been named the Round 4 Men’s Rising Star. Evans, 17, had 26 disposals and kicked four goals in his sixth senior game over the weekend and leads the Division 2 goal kicking with 19 from four games.

What the club said:

Francis is a product of the Brunswick Junior Football Club, starting in 2010 as part of the club’s inaugural team. In his 130 junior games, he won two premierships, a Best & Fairest and the leading goal kicking award five times after kicking over 200 goals in his junior career.

He also represented the Yarra Junior Football League in 2017. Francis made his senior debut for the Brunswick Football Club last year as a 16-year-old, playing two games late in the year, and kicking three goals on debut.

Now 17, Francis notched his sixth senior match in Round 4 and is leading the Division 2 goal kickers with his 19 goals to date, including a bag of 8 against Melbourne High School. He’s a great example of the pathway to senior football now available at the Brunswick Football Club.

Being young, Francis is playing more as a forward but will eventually push up onto a wing or on ball. He’s got a little bit of Orazio Fantasia about him, mixed with a bit of Adam Treloar. One of Francis’ main strengths is his clean hands. He is a two sided player, fantastic kick and a genuine goal kicker. Francis’ versatility in being able to play up forward or on a wing is a credit to him, and he is constantly adding to his defensive pressure around stoppages under Anthony Palmer’s tutelage.

Francis is quiet and unassuming but shows great respect to all at the club. He is a strong trainer and a good runner, plus we are now starting to see a self-confidence and cheekiness with his teammates as he gains more confidence at senior level. 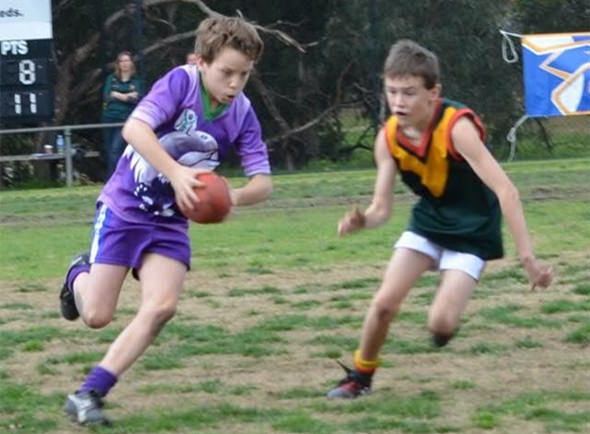 Francis Evans as a Brunswick Dragon 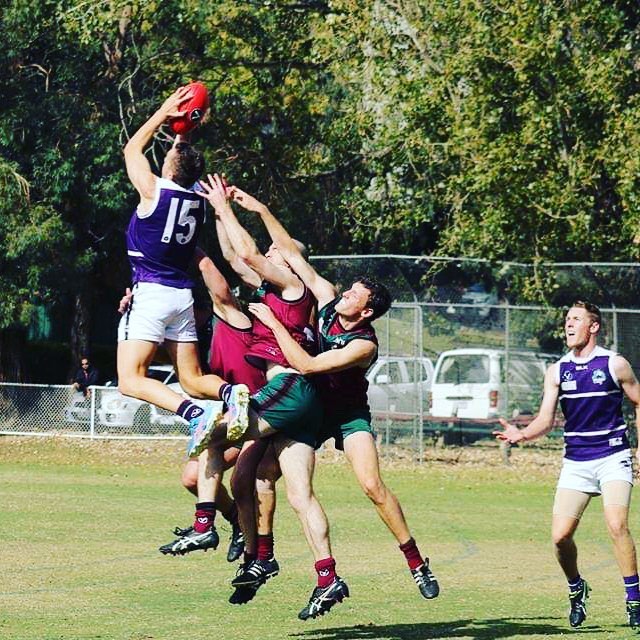 And now as a Brunswick NOBs Senior player. Good luck defending that leap!