The Brunswick Football Club is excited to announce the appointment of Tom Hunter as senior men’s coach for the next two seasons. Tom comes to us with an elite coaching background and we are excited to have him on board.

BFC president Jarryd Browne said this appointment was a great coup for the club and will give the whole club a great boost.

“With the NOB’s returning to Division One, we were determined to find the right type of person to lead the men’s team to on field success but to also have a great influence on the club as a whole. Tom’s experience includes youth development as well as coaching at the elite level for an AFLW team so that will certainly enable him to help out with the transition of players from the Brunswick Junior Football Club into the seniors as well as helping with the Renegades and their development. All of these fall under the One Club pillar and it was really important and fortunate to find a candidate that ticked so many boxes”.

Tom has impeccable football coaching credentials. He was most recently head coach at Richmond FC AFLW in its inaugural season in the AFLW, building that team in the years previous as head coach of the VFLW and of the Next Generation Academy. This included being named VFLW Coach of the year in 2019.

Prior to that, Tom served as Richmond FC VFL assistant coach, Calder Cannons U18 assistant coach, East Keilor U18 coach and as a player was drafted to the Collingwood Football Club in 2009. Tom is a teacher at Taylors Lakes Secondary College where he heads up their AFL Academy as well as recently starting his own elite coaching and development program for one to one coaching.

“I’m really excited to be joining the Brunswick Football Club and was really energised by seeing the opportunity to help develop the club further, especially with the juniors transitioning into the seniors as well as the Renegades football program. I’ve also got some great friends who have spoken so highly of the club and the group I will be working with and I look forward to working with them to achieve success in 2021 and beyond,” said Hunter.

The BFC welcome Tom and his partner Dani to the club and look forward to starting preseason when restrictions allow it to commence. 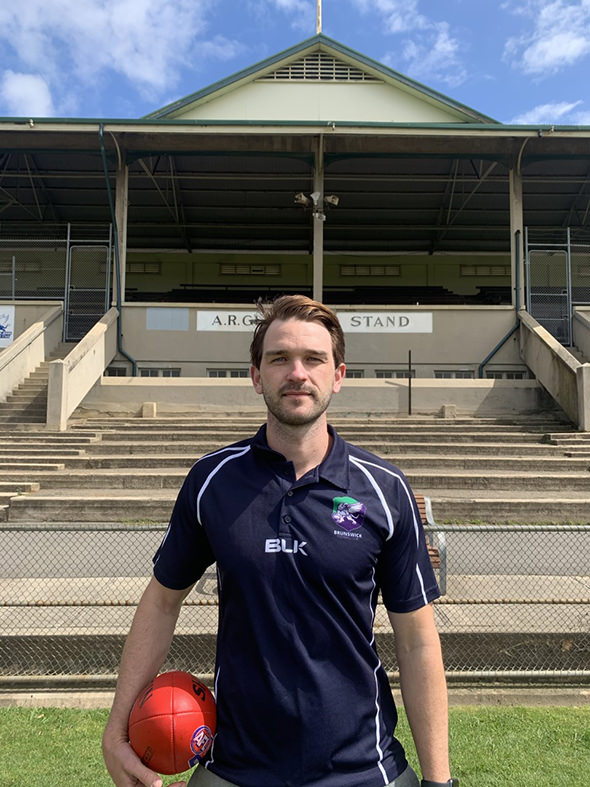