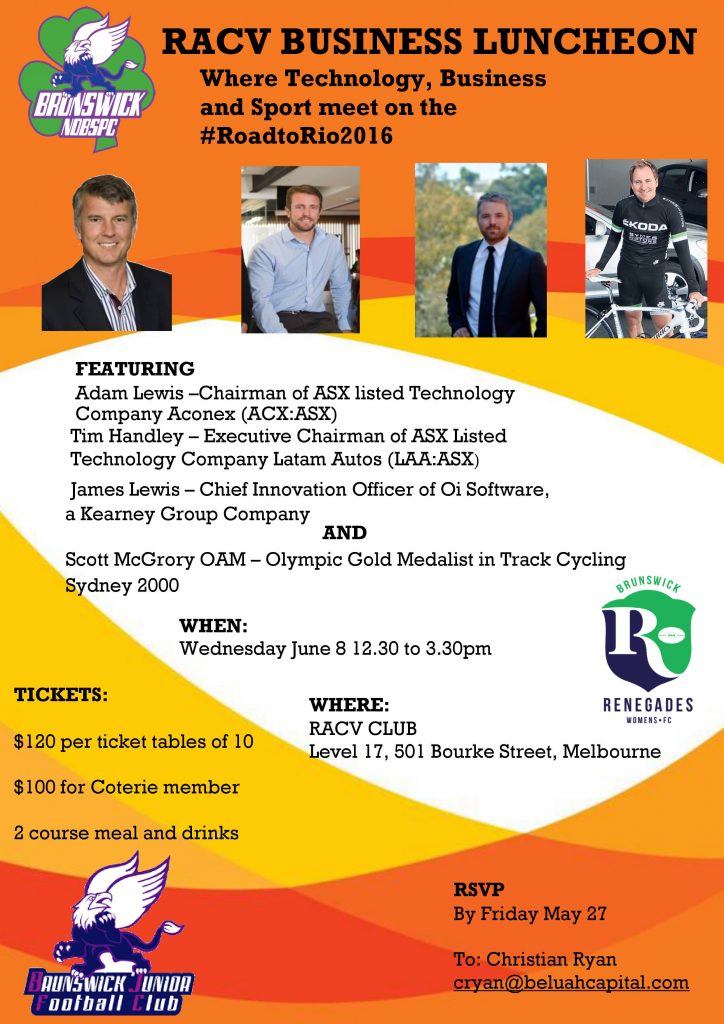 In 2022 the Club’s Coterie has been renamed The Purples in honour of the regal and much-loved colour worn by all of the Club’s past and present senior men, women and junior players – it’s purple that links us all together!

The Coterie’s origins began with a group of North Old Boys’ past players, officials and supporters who came together for ad hoc luncheons and dinners to raise funds for the Club. In 2013, this was formalized with the establishment of an official Club Coterie, named All Saints, which recognised that we were the old collegians’ club of St Joseph’s North Melbourne and St Patrick’s Ballarat.

The Coterie’s objectives have always been to bring Club members and sponsors together to socialise at an annual dinner and other Club functions, providing them with networking opportunities and to enjoy themselves, while financially supporting the Club. Also, and very importantly for an amateur football club, it was to assist players with job, education, housing or other opportunities. 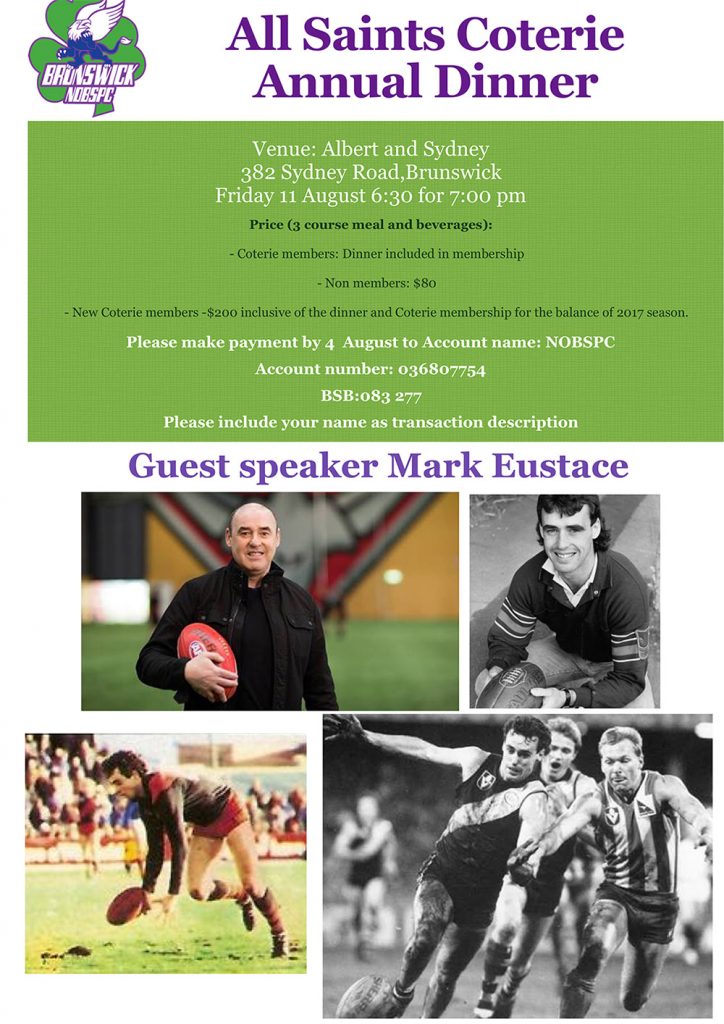 Those objectives have been achieved with strong Coterie membership numbers over many years. The annual dinners have become folklore. Jobs have been found for players. A lot of money has been raised for the Club. The Coterie has also provided awards every year to every team in the Brunswick Junior Football Club – and it great to see so many players from the Dragons now playing for the senior Club.

As the Club has continued to evolve and grow over the past decade, so has the Coterie and we embrace members from the Renegades and the Dragons, alongside the NOBs.

Members vouch for the great value they receive from the annual packages, especially the dinner, Club merchandise and discounts on functions and events. Get on board in 2022!

To join The Purples Coterie in 2022, visit our online shop.